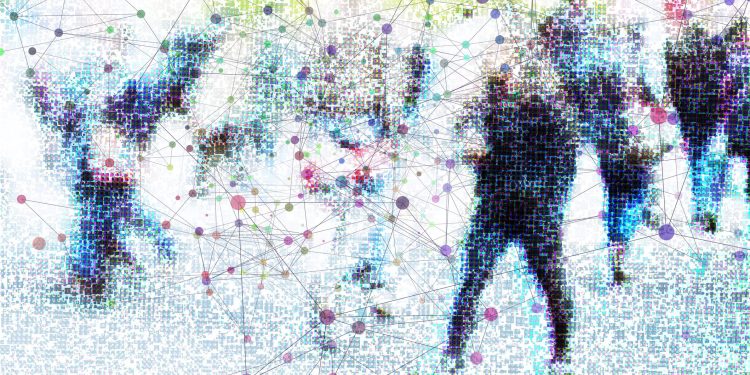 VCs have a detailed playbook for investing in software-as-a-service (SaaS) companies that has served them well in recent years. Successful SaaS businesses provide predictable, recurring revenue that can be grown by acquiring more subscriptions at little additional cost, making them an attractive investment.

But the lessons that VCs have learned from their SaaS investments turn out not to be applicable to the world of artificial intelligence. AI companies follow a very different trajectory from SaaS providers, and the old rules simply aren’t valid.

Here are four things VCs get wrong about AI because of their past success investing in SaaS:

1. ARR growth is not the best indicator of long-term success in AI

Venture capitalists continue to pour money into AI companies at an astonishing — some might say ridiculous — rate. Databricks has raised a staggering $3.5 billion in funding, including a $1 billion Series G in February, followed six months later by a $1.6 billion Series H in August at a $38 billion valuation. DataRobot recently announced a $300 million Series G financing round, bringing its valuation to $6.3 billion.

While the private market is crazy for AI, the public market is showing signs of more rational behavior. Publicly traded C3.ai has lost 70% of its value relative to all-time high that it notched immediately after its IPO in December 2020. In early September 2021, the company released fiscal Q1 results, which were a cause for further disappointment in the stock that caused a further dip of nearly 10%.

So what’s going on? What is happening is that the private markets — funded by VCs — fundamentally do not understand AI. The fact is, AI is not hard to sell. But AI is quite hard to implement and have it deliver value.

Ordinarily in SaaS, the real peril is market risk — will customers buy? That’s why private markets have always been organized around looking at annual recurring revenue (ARR) growth. If you can show fast ARR growth, then clearly customers want to buy your product and therefore your product must be good.

But the AI market doesn’t work like that. In the AI market, many customers are willing to buy because they’re desperate for a solution to their pressing business problems and the promise of AI is so big. So what happens is that VCs keep pouring money into the likes of Databricks and DataRobot and driving them to absurd valuations without stopping to consider that billions are going into these companies to at best create hundreds of millions of ARR. It’s brute-forcing funding of an already over-hyped market. But the fact remains that these companies have failed to produce results for their customers on a systematic basis.

A report from Forrester sheds some interesting light on what’s really happening behind the numbers being claimed by some AI companies with these huge valuations. Databricks reported that four customers had a three-year net positive ROI of 417%. DataRobot had four customers that over three years created a 514% return. The problem is that out of the hundreds of customers these companies have, they must have cherry-picked some of their very best customers for these analyses, and their returns are still not that impressive. Their best customers are barely doubling their annual return — hardly an ideal scenario for a transformative technology that should deliver at least 10x back from your investment.

Rather than focusing on the most important factor — whether customers are getting tangible value out of AI — VCs are obsessing over ARR growth. The fastest way to get to ARR expansion is brute-force sales, selling services to cover the gaps because you don’t have the time to build the right product. That is why you see so many consulting toolkits masquerading as products in the data science and machine learning market.

2. A minimum viable product isn’t the way to test the market

From the world of SaaS, VCs learned to value the minimum viable product (MVP), an early version of a software product with just enough features to be usable so that potential customers can provide feedback for future product development. VCs have come to expect that if customers would buy the MVP, they will buy the full-version product. Building an MVP has become standard operating procedure in the world of SaaS because it shows VCs that customers would pay money for a product that addressed a specific problem.

Another rule that VCs have adopted from the world of SaaS is the notion that successful AI pilots mean successful outcomes. It’s true that if you have successfully piloted a SaaS product like Salesforce with a small group of salespeople under controlled conditions, you can reasonably extrapolate from the pilot and have a clear view of how the software will perform in widespread production.

But that doesn’t work with AI. The way AI performs in the lab is fundamentally different from what it does in the wild. You can run an AI pilot based on cleaned-up data and find that if you follow the AI predictions and recommendations, your company will theoretically make $100 million. But by the time you put the AI into production, the data has changed. Business conditions have changed. Your end users may not accept the recommendations of the AI. Instead of making $100 million, you may actually lose money, because the AI leads to bad business decisions.

You can’t extrapolate from an AI pilot in the way that you can with SaaS.

VCs like it when customers sign up for long-term contracts with a vendor; they see that as a strong indicator of long-term success and revenue. But that’s not necessarily true with AI. The value created by AI grows so fast and is potentially so transformative that any vendor who truly believes in their technology isn’t trying to sell a three-year contract. A confident AI vendor wants to sell a short contract, show the value created by the AI, and then negotiate price.

The AI vendors that put a lot of effort into locking up customers to long-term contracts are the ones who are afraid that their products won’t create value in the near term. What they’re trying to do is lock in a three-year contract and then hope that somewhere down the line the product will become good enough that value will finally be created before renewal discussions happen. And often, that never happens. According to a study by MIT/BCG, only 10% of enterprises get any value from AI projects.

VCs have been trained to think that any vendor that signs lots of long-term contracts must have a better product, when in the world of AI, the opposite is true.

Getting smart about AI

VCs need to get smart about AI and not rely on their old SaaS playbooks. AI is a rapidly developing transformative technology, every bit as much as the Internet was in the 1990s. When the Internet was emerging, one of the lucky breaks we got was that VCs did not obsess over the profitability or revenues of Internet companies in order to invest in them. They basically said, “Let’s look at whether people are getting value from the technology.” If people adopt the technology and get value from it, you don’t have to worry a lot about revenue or profitability at the beginning. If you create value, you will make money.

Maybe it’s time to bring that early Internet mindset to AI and start evaluating emerging technologies based on whether customers are getting value rather than relying on brute-forced ARR figures. AI is destined to be a game-changing technology, every bit as much as the Internet. As long as businesses get sustained value from AI, it will be successful — and very profitable for investors. Smart VCs understand this and will reap the rewards.

Arijit Sengupta is CEO and Founder of Aible.

VentureBeat’s mission is to be a digital town square for technical decision-makers to gain knowledge about transformative technology and transact.

Our site delivers essential information on data technologies and strategies to guide you as you lead your organizations. We invite you to become a member of our community, to access: