Stay with Republic to get all the live news updates from India and around the world. 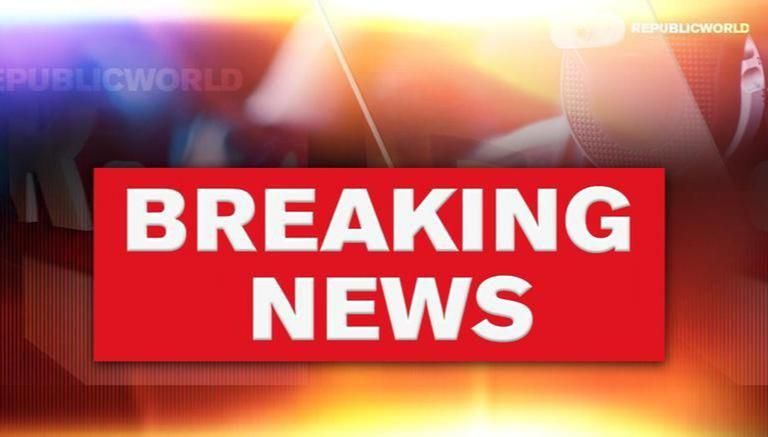 Stay with Republic to get all the live news updates from India and around the world.

India will be hosting the Delhi Regional Security Dialogue on Afghanistan on November 10. The meeting will be held under the chairmanship of NSA Ajit Doval. Invitations have been extended to China and Pakistan too, and formal responses are awaited. However, Pakistan has indicated through the media that it will not attend. An official response from the two countries is awaited.

According to sources, Republic has learnt that there has been an overwhelming response to India’s invitation. Central Asian countries as well as Russia and Iran have confirmed participation.

In an explosive press conference, Navjot Singh Sidhu withdrew his resignation and announced that he resumed his responsibilities as the Punjab PCC President. Furthermore, he targeted the Channi led Congress government in the state over a range of issues. He slammed the Punjab Govt over the appointment of AG and DGP. Further targeting CM Charanjit Channi, he said ‘the next CM face will be decided by the people of Punjab and not by the party’.

KP Gosavi is brought to Pune Court. He was arrested on October 28 over a cheating case reported in 2018. Gosavi is cited as an independent witness by the NCB concerning the cruise drugs seizure case in which actor Shah Rukh Khan’s son Aryan Khan is one of the accused.

Karnataka government has announced that a night curfew enforced due to COVID19 has been withdrawn. Earlier, the night curfew was imposed between 10 pm to 5 am considering the COVID-19 situation in the state.

State minister Sunil Kumar informed that 21 people including 10 people in Bettiah and 11 people in Gopalganj have died after they consumed poisonous liquor. Terming the incident as ‘unfortunate’, Bihar Min Janak Chamar told ANI, “Conspiracy on the pretext of spurious liquor can be seen. Those who consume it are poor. When action is taken & raids are done, the weak are nabbed. The weak get nabbed, the weak die”.

Shah Rukh Khan’s son Aryan Khan appeared before Narcotics Control Bureau (NCB), to mark his weekly presence before the agency. According to the conditions set by the Bombay High Court while granting him bail in the drugs-on-cruise case, he had to surrender his passport before the Special NDPS court and is not allowed to leave the country without prior permission. He needs to attend the NCB summons each Friday between 11 am to 2 pm.

Union Home Minister Amit Shah met party workers to celebrate Gujarati New Year and Diwali, in Ahmedabad. Amit Shah wrote on Twitter, ‘Gujarati New Year Vikram Samvat 2078 Happy New Year to all!! Wishing you all the best for the coming year in the form of happiness, prosperity, security, and goodwill”.

PM Modi thanks ‘Rawals’ for assisting in reconstruction of Kedarnath

Prime Minister Narendra Modi stated that after the destruction of Kedarnath due to the 2013 floods, people had thoughts if the region could be developed again. But, a voice inside Modi always believed that Kedarnath will progress strong. PM Modi said, “I have regularly reviewed redevelopment works at Kedarnath from Delhi. I reviewed the progress of different works being carried out here through drone footage. I want to thank all ‘rawals’ here for their guidance for these works”.

Prime Minister Narendra Modi addresses the nation from Kedarnath, “You all are witness to the inauguration of Adi Shankaracharya Samadhi here today. His devotees are present here in spirit. All maths and ‘jyotirlingas’ in the country are connected with us today”. PM Modi unveiled the statue of Shri Adi Shankaracharya and inaugurated 5 redevelopment projects in Kedarnath.

India on Friday, November 5, has reported 12,729 fresh Coronavirus infections with 12,165 recoveries and 221 deaths in the past 24 hours. According to Union health ministry data, out of the total infections, the active cases account for less than 1%, which is currently at 0.43%, the lowest since March 2020. The COVID-19 recovery rate stands at 98.23%.

Prime Minister Narendra Modi left Kedarnath Temple after offering prayers to the shrine. He will inaugurate the reconstructed samadhi of Shri Adi Shankaracharya.

Prime Minister Narendra Modi is offering prayers at the Kedarnath Temple. PM Modi will then inaugurate the reconstructed statue of Shri Adi Shankaracharya and unveil his statue.

Prime Minister Narendra Modi watched a video film on the progress of the Kedarnath region that was damaged due to the 2013 floods. The movie shows the restoration and development work undertaken in the area. PM Modi will offer prayers at the temple and then inaugurate rebuilt samadhi of one of the most revered Hindu sages, Shri Adi Shankaracharya.

Prime Minister Narendra Modi has arrived at Kedarnath Temple to offer prayers to the shrine.

As per the System of Air Quality and Weather Forecasting And Research (SAFAR) report, a thick layer of smog shrouded Delhi and so the overall air quality remains in the ‘very poor’ category’. While the air quality at Delhi’s Janpath recorded in ‘hazardous’ category amid Diwali celebrations.

Prime Minister Narendra Modi has arrived in Kedarnath and will offer prayers at the temple.

Fire breaks out at a paper mill in Gujarat

Early in the morning, a fire broke out at a paper mill in Vapi, Gujarat. About 8 to 10 fire tenders are at the spot to control the fire spread. So far, no injuries have been reported. Fire Officer Ankit Lauthe, Vapi, informed ANI, “Fire is still not under control, can’t say how long it will take. Shah paper mill has been burning for about 4.5 hours and fire is expected to continue burning till 6:30-7 am before it’s completely doused. About 20 fire tenders are here”.

Uttarakhand Chief Minister Pushkar Singh Dhami wrote on Twitter, “Welcomed and greeted on his arrival in Devbhoomi Uttarakhand. Today, Hon’ble Prime Minister will reach Shri Kedarnath Dham and inaugurate various projects along with the holy samadhi and grand statue of Adi Shankaracharya”. PM Modi will offer prayers at the temple and inaugurate the samadhi of one Shri Adi Shankaracharya, and also unveil his statue.

Prime Minister Narendra Modi has reached Uttarkhand and was received by Chief Minister Pushkar Singh Dhami. PM Modi will now head to Kedarnath to offer prayers at the temple.

The Narcotics Control Bureau (NCB) led by its Zonal Director Sameer Wankhede seized 700 grams of white-colored powder, purported to be heroin at the International Courier Terminal Sahar Cargo Complex in Mumbai. Krishna Murari Prasad, the parcel’s consignee, has been summoned to the NCB Mumbai office for further interrogation.

Priem Minister Narendra Modi will visit Kedarnath and offer prayers at the Temple today. PM Modi will inaugurate the samadhi of one of the most revered Hindu sages, Shri Adi Shankaracharya, and also unveil his statue. The samadhi has been reconstructed as it was damaged during the 2013 floods. He will inaugurate Rs 130 crore worth of infrastructure project.