Skip to content
Homepage / Trending / De Zerbi on Inter match, Scudetto race and his comments against the Super League

Roberto De Zerbi said Shakhtar Donetsk ‘have to win’ against Inter at San Siro, claimed Juventus ‘are out’ of the Scudetto battle and revealed why he criticizes the Super League and the biennial World Cup.

After a successful stint with Sassuolo, De Zerbi moved abroad over the summer and took over the Ukrainian giants Shakhtar Donetsk.

Shakhtar are currently tied on points with Dynamo Kiev and trail their rivals only on goal difference in the domestic league but are desperate for points in the Champions League ahead of the fifth round.

De Zerbi’s men have only picked up one point in the first four games and need two wins from the last two games to challenge FC Sheriff Tiraspol for a place in the Europa League.

The coach spoke to Tuttosport ahead of the match against Inter in the Champions League, as he returns to Italy for the first time since moving to Ukraine.

“I’m happy with the club, the managers, the players, their qualities and how they follow me,” De Zerbi told the newspaper. “We have just started this new project.

“We need to improve our knowledge and be ready to put in what we are still missing in the next transfer market.”

He was asked if he will come back to Italian football in the future and admitted he will most likely return.

“Of course, but first I have to do the job well at Shakhtar and meet the targets I set for myself,” he said. “I left because the cycle with Sassuolo was over.

“I left Italy even unwillingly because there I have my affections, my habits. Roma and Fiorentina? Nothing concrete.”

De Zerbi then focused on the upcoming match against Inter at San Siro and wants to beat Simone Inzaghi’s men on Wednesday.

“We have to win at San Siro,” he added. “We come to Milan to get the result, like we did at Santiago Bernabeu, hoping it will go better.

“Simone Inzaghi’s men are strong physically and mentally. [Edin] Dzeko has different characteristics from Lukaku, but on a general level he is certainly not less strong.”

The former Neroverdi coach continues to follow the Italian league and believes Juventus are going to struggle to get back in the running for the Scudetto this term.

“Milan and Napoli have pushed hard, but it was clear that Inter were not out of the game yet,” he said. “And Atalanta will also have their say with the recovery of some injured players.

“I think it will be difficult for Juventus to reintegrate. Two players that I like? Maxime Lopez of Sassuolo and Beto from Udinese.”

De Zerbi spoke loudly against the Super League and the biennial World Cup, and explained why in the interview with Tuttosport.

“It annoys me when you emphasise normal things that I say, but many think,” he continued. “I speak without filters and then it happens to create scandal because I criticise the Super League.

“But everyone thinks it except those few who would benefit from it and the fans in the sofa at home. I have never been one, I went to the stadium to watch Brescia and I dreamed of seeing my team beat the strongest.

“I think like that now that I’m a coach too and through my football I try to obtain results that seem impossible.

“To succeed, however, there must be the possibility of at least playing the matches. I was very bothered by the way the Super League decision was passed.

“The World Cups are beautiful also because there are four years of waiting between one and the other.” 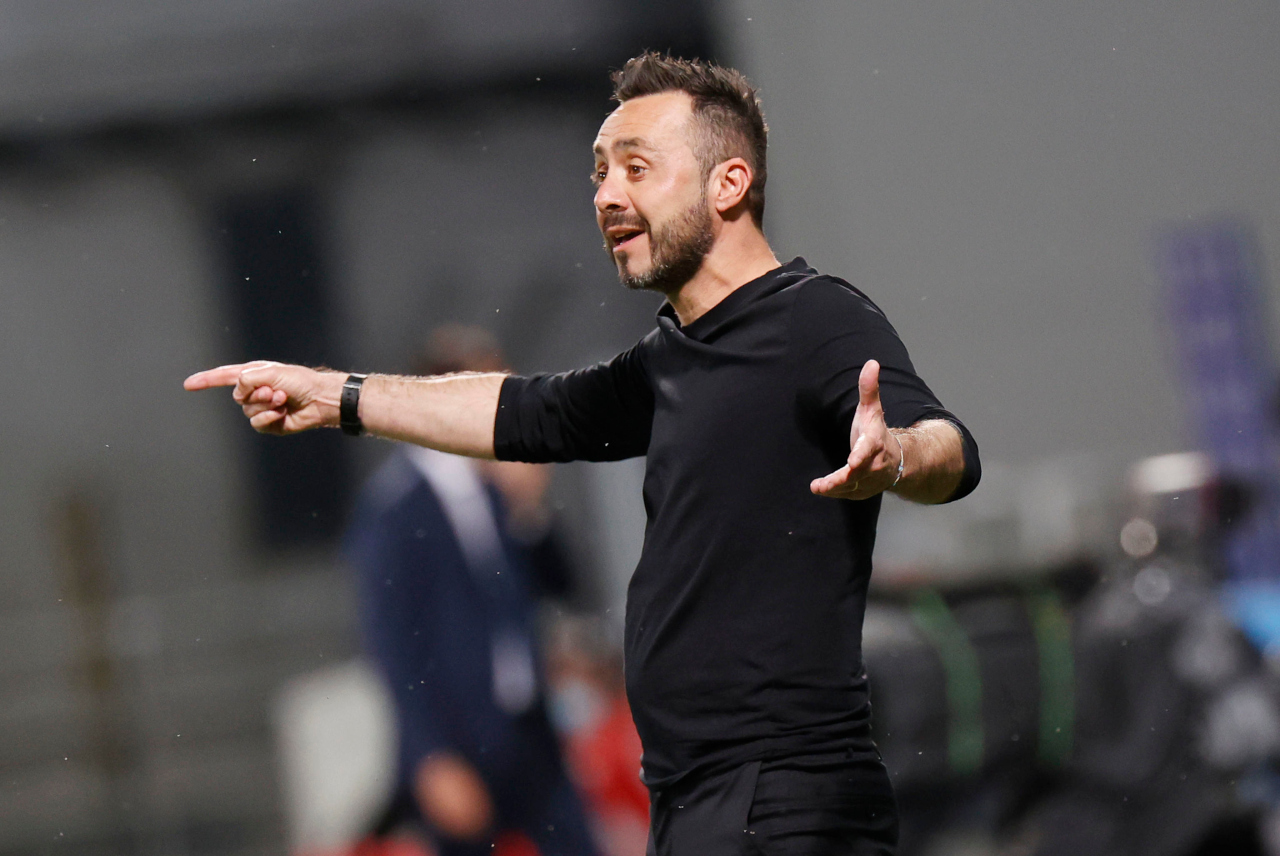