Jungle Freaks NFTs are being sold in throngs due to the ties of its artist to racism leading to the price crash of the token. 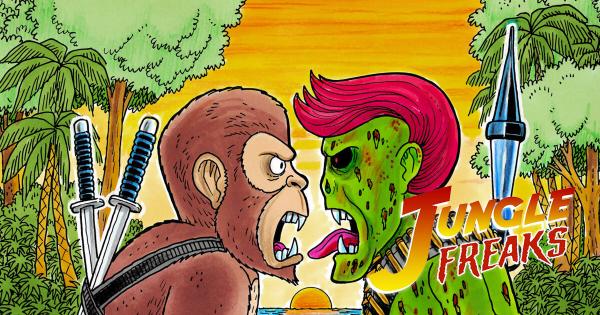 Over 3,200 Jungle Freaks NFTs have been sold in the last couple of days after it was discovered that George Trosley, the project designer, had drawn racist cartoons in the 1970s. This has led to the crash of the floor price of the token from 1.3 ETH to 0.4 ETH.

According to available information, negative publicity began for the project after a famous Hollywood star, Elijah Wood, alias Frodo Baggins from the popular Lord of the Rings movies publicly announced the purchase of his own Jungle Freaks NFT.

Little did he expect the backlash that his statement would garner as Twitter users began to point out that Trosley -the NFT project artist- in some of his previous works had painted people of color in a disturbing manner.

Wood, who used to own six of the Jungle Freak’s NFT, had to disassociate himself from the project while also revealing that he had sold all of these NFTs and contributed the returns to anti-racism supporting projects.

The Jungle Freaks NFTs are a collection of 10,000 zombies fighting against genetically modified gorillas in 2077, right after the apocalypse. These NFTs are the brainchild of George Trosley, an ex-cartoonist for the Hustler magazine. Per the reports, some of Trosley’s works with the porn-promoting magazine degraded people of colour, hence the racism ties.

George III, the son of George Trosley, in a statement sent to the project’s discord group and shared on its official Twitter handle blamed the images on the “culture” the late publisher of the Hustler magazine pushed at that time.

In his words, “This was the culture Larry Flint & Hustler pushed, it was incorrect then and it’s incorrect now. My father should not have participated in this.”

However, despite the statement, reactions from the community have maintained their displeasure about the project with some insisting on giving away their NFT and others pointing out that some of his more recent works also have disturbing features.

Get an edge on the cryptoasset market

Access more crypto insights and context in every article as a paid member of CryptoSlate Edge.