Kim & Kanye are officially over it seems like rumors of an unlikely new beau emerge, Wale is ready to roll out in 2022, King Richard melts hearts in theatres while movie fans are hyped for the anticipated release of “Spider-Man: No Way Home” just in time for Christmas. 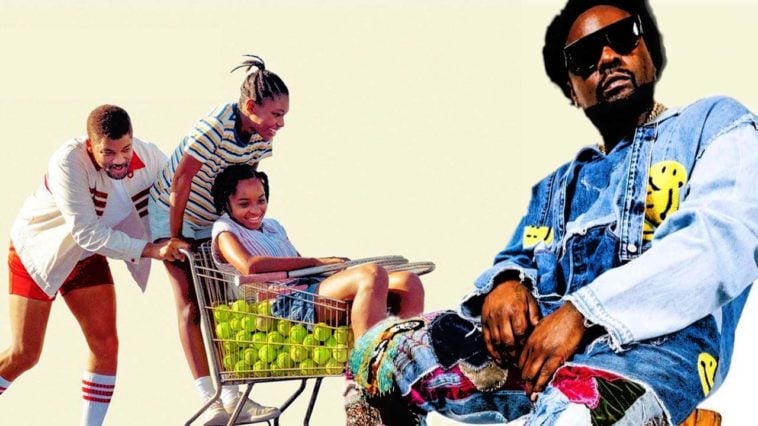 Kim & Kanye West are officially over it seems as rumors of an unlikely new beau emerge, Wale is ready to roll out in 2022, King Richard melts hearts in theatres while movie fans are hyped for the anticipated release of “Spider-Man: No Way Home” just in time for Christmas.

Kim Kardashian, the reality star and estranged wife of Kanye West, is making headlines after being seen multiple times with actor Pete Davidson.

The pair were first seen together after Kim made a guest appearance on “Saturday Night Live.” Since then, they’ve been seen several times together twinning at his recent birthday party and holding hands.

It doesn’t come as a surprise as Pete Davidson is known for dating successful women. Some of his exes are Ariana Grande and Kate Beckinsale. Kim and Kanye’s divorce is not finalized yet according to Kanye who shared on a recent podcast that he had yet to receive divorce papers.

Wale has had a good year after releasing his seventh studio album “Folarin II” in October to great reviews. The DMV rapper loves performing for his fans and recently had shows at Afropunk in Atlanta and Rolling Loud in New York. If you’re itching to see the “Poke It Out” rapper, he might be coming to a city near you on the “Under A Blue Moon” tour. The tour gets going next January in Nashville and continues on through March.

The story of iconic tennis stars Venus and Serena Williams and their father Richard Williams are chronicled in the new film “King Richard” which hit theatres and HBO Max this weekend to rave reviews. The biopic, which stars Will Smith as the lead Richard, aims to shed light on the sisters’ life before they burst onto the professional tennis scene by focusing on Richard’s coaching of his two daughters. The film will be available for streaming on HBO Max for the next 31 days.

Another trailer for the upcoming “Spider-Man: No Way Home” has been released and it has Marvel Cinematic Universe fans marveling. The second trailer gives viewers a glimpse into the new troubles Spider-Man (Tom Holland) will be facing in the new multiverse. The new movie not only crosses paths with fellow Avenger Doctor Strange but it boasts an all-star cast with Zendaya, Willem Dafoe, Alfred Molina, Jamie Foxx, and more.  And Marvel is betting this one will be a blockbuster — “Spider-Man: No Way Home” will be released IN THEATRES ONLY on Dec. 17.