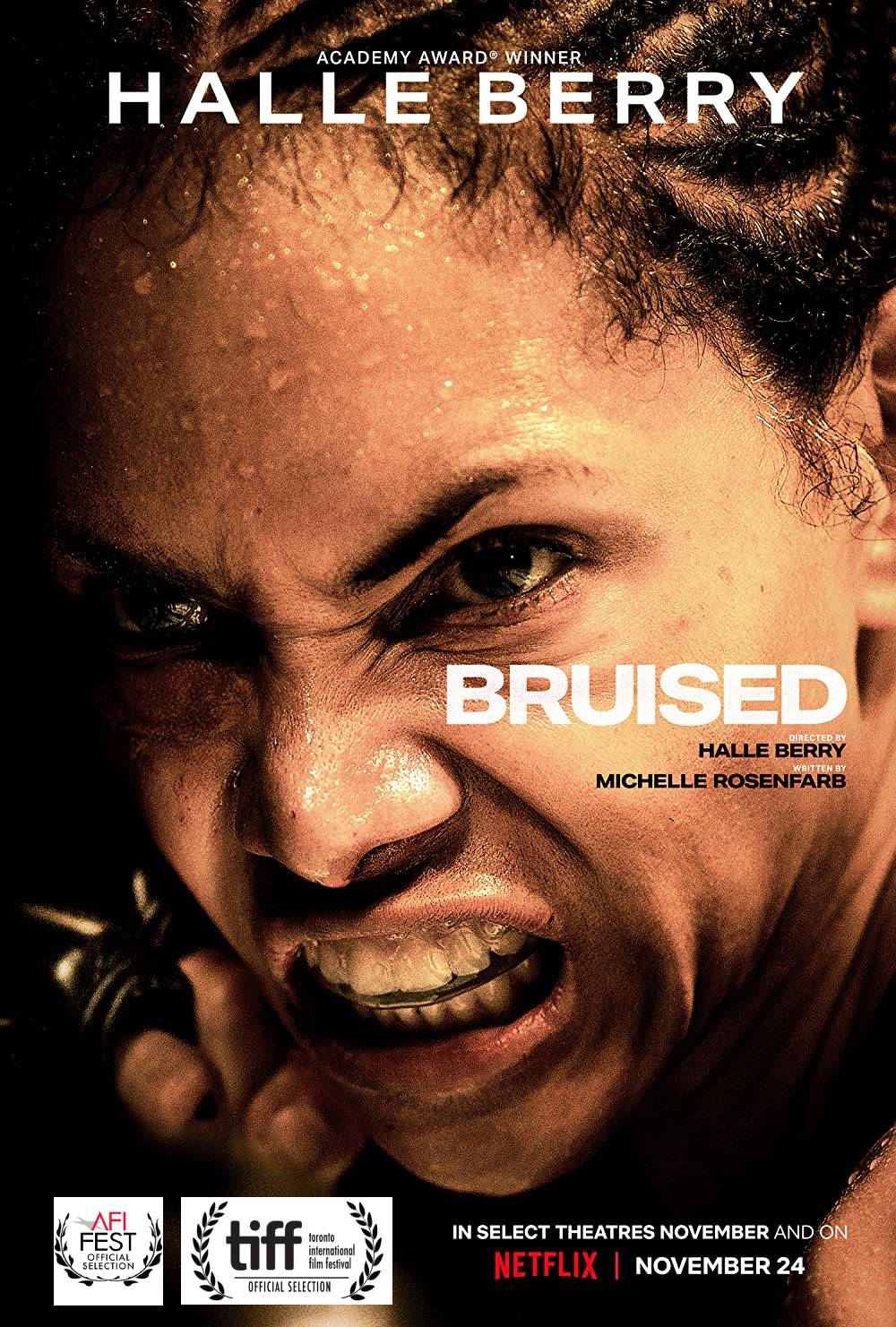 Beverly Hills, CA, November 24, 2021 –(PR.com)– Directed by and staring Halle Berry, Bruised premieres today, November 24 on Netflix. The movie stars Oscar-winner Halle Berry in her directorial debut. The film was written by Michelle Rosenfarb. In the vein of Rocky and The Champ, this is Halle Berry as a fallen MMA fighter who grabs one last shot at redemption and the title when her young son she left behind 6 years ago comes back in her life. Per the critics, Oscar buzz is happening now for Berry in front and behind the camera. The soundtrack is out on Warner Bros. with Cardi B, Saweetie, Young M.A. – all female. Bruised had its premiere at the 2020 Toronto International Film Festival in September and the U.S. premiere at the AFI Film Festival on November 13. It busts out on Netflix starting November 24 for the Thanksgiving holiday. Click on the link to view the Netflix Bruised Official Trailer.

Mary Aloe and the Aloe Entertainment team are a producing and packaging film and television production house based in Beverly Hills, California. Mary Aloe and her team at Aloe Entertainment specialize in bringing Equity and Mezzanine financing to films, as well as developing in-house projects to produce for film and television. The Aloe Entertainment team and its founder, Mary Aloe, have financed and/or produced 39 films (24 films in the last 6 years alone). Aloe Entertainment and its principal owner, Mary Aloe, produce and/or finance 4 to 6 movies a year. Aloe’s slate of films for 2021 included Worth, with Barack and Michelle Obama’s shingle, Higher Ground, and Mad River Pictures, which premiered at Sundance 2020, starring Michael Keaton and Stanley Tucci, and began airing air on Netflix on September 3 to rave reviews and was consistently in the top ten; Flag Day, directed by and starring Sean Penn, Dylan Penn, Josh Brolin and Regina King through MGM’s United Releasing came out in theaters after our premiere at the Cannes Film Festival 2021 and will be on Amazon soon; Breach, starring Bruce Willis; and Wander, starring Aaron Eckhardt and Tommy Lee Jones, which were both released recently, as well. Among their upcoming films that are in and/or going into production for 2022, are Groove Tails, currently filming, produced by, co-written and starring Jamie Foxx, and Marlowe, directed by Neil Jordan and starring Liam Neeson, which is currently filming in Barcelona and Ireland. Upcoming projects set for 2022 are Girl That Fell From The Sky, Ruin (which won the Blacklist Script 2017), directed by Rupert Sanders, and just announced in the trades, Couture, written and directed by Nick Cassavetes. For 2022/2023, Aloe Entertainment in-house projects include Armistice and Birds Eye, both repped at WME.