Sky Sports were early risers today and they weren’t the only ones.

Sky Sports on hand at the Newcastle United training ground to catch the moment that Howe and his backroom staff arrived for their first day at work on Tyneside.

As you can see, Eddie Howe and his staff arriving well before sunrise, as they were captured by the broadcaster starting on the massive job ahead, at around 6.45am this Tuesday morning…

Quite clearly this isn’t a case of the new Newcastle United Head Coach and his staff doing this for some cheap publicity stunt and / or a lame attempt at winning over and fans who remain dubious about his appointment.

Instead, simply somebody recognising the enormity of the job that they face AND wanting to get stuck into it as soon as possible.

No surprise that on social media we have already seen a lot of Newcastle United fans reacting to the Sky Sports early morning footage with mentions of ‘days off’…’would still be in bed’…’is Greggs even open?’…’how’s the bacon did you say?…’did he even know the training ground could open so early?’…and so on.

Rightly or wrongly, Newcastle fans perceived Steve Bruce as not having that total commitment to Newcastle United which we saw from greats such as Kevin Keegan and Sir Bobby Robson, who lived and breathed the job when at NUFC. More recently, the same with Rafa Benitez and Chris Hughton, two others seen as giving their all to the task of trying to make Newcastle United the best it could be, despite Mike Ashley making it so difficult.

The infamous Danny Rose interview where he revealed that he was astonished at how many days Steve Bruce gave himself and the players off work, Rose saying he had never seen anything like it at any club he had previously been at, nor heard of anything like it from players at other clubs. 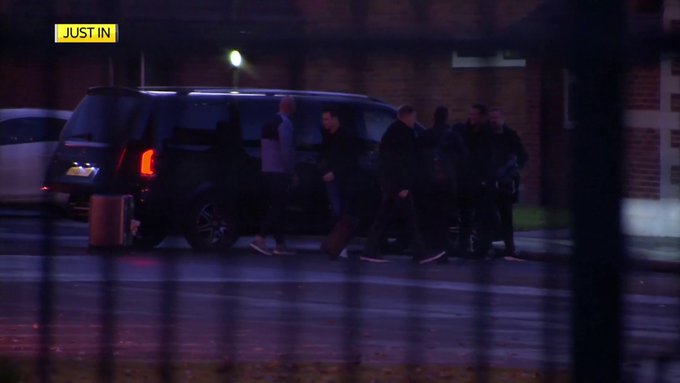 The final confirmation for Newcastle fans, in terms of Steve Bruce appearing to prove their suspicions correct, was when after starting with three defeats and a draw this season, only two weeks into the campaign Bruce went on holiday to Portugal instead of throwing everything into the two weeks he had to prepare for the game at Old Trafford. Instead, only starting preparation on the training ground for that Man U (NUFC got hammered 4-1) during the second week of that international fortnight.

Recent comments when Graeme Jones has been put in temporary charge, have further backed up fan perceptions of Steve Bruce, with players faced for the first time in a long time with five days training in a week ahead of a match…

Obviously nobody can know that for sure BUT what we all hope for and expect is that any manager / head coach and player gives 100% effort to the job, if they do that then that is all you can ask for, that they give their best.

If you would like to feature on The Mag, submit your article to [email protected]