The Not So Subtle Product Placement in World’s End Club

Here in the United States, most of us are so used to product placement in TV shows and movies that we may not even realize the product is an advertisement. The main character sipping on a can of Coke or a certain coffee company’s cup in the background, product placements are almost everywhere. The one place I thought we would be safe from sneaky advertisements was video games, that was until I played World’s End Club.

World’s End Club, developed by the creators of Danganronpa and Zero Escape, is about a group of misfits, known as the Go-Getters Club, who set off on a journey across Japan to find out what happened to humanity. The game was released on May 28th of this year. The game itself is half visual novel, half platformer, and includes a lot of Japanese cultural references and American references in the English localization. What came as a surprise, was the plain as day advertisements of two famous Japanese snacks: Karamucho chips and Lifeguard.

When both snacks were first introduced I laughed them off because they were so random and abrupt, but as I continued, I found both products referenced multiple times. The references seemed less like a parody of snack commercials and more of real advertisements. 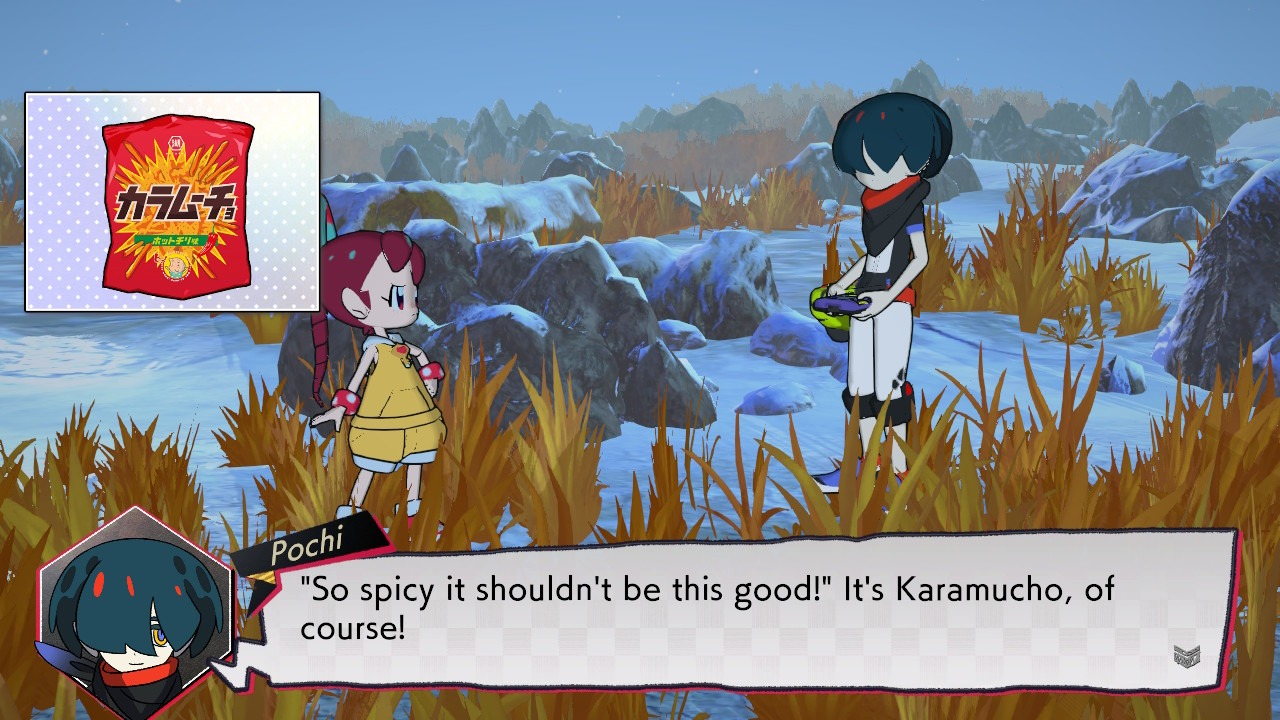 Karamucho chips under the KOIKEYA umbrella of brands are spicy potato chips that have been around since 1984. They are first introduced in World’s End Club in Yamaguchi as the Go-Getters make their way up the mountain in a snowstorm. Chuko, a fiery girl, is given a bag of Karamucho chips to stave off her hunger, being told “so spicy it shouldn’t be this good” like straight out of a commercial. Eating them allows Chuko to awaken a special ability where she breathes fire and can melt ice.

If it wasn’t for the repeated slogan, I wouldn’t have given them any thought, but after seeing the bright red bag a few times and realizing the game’s publisher did a collaboration giveaway with the chip brand in October, did I see it for what it really was. 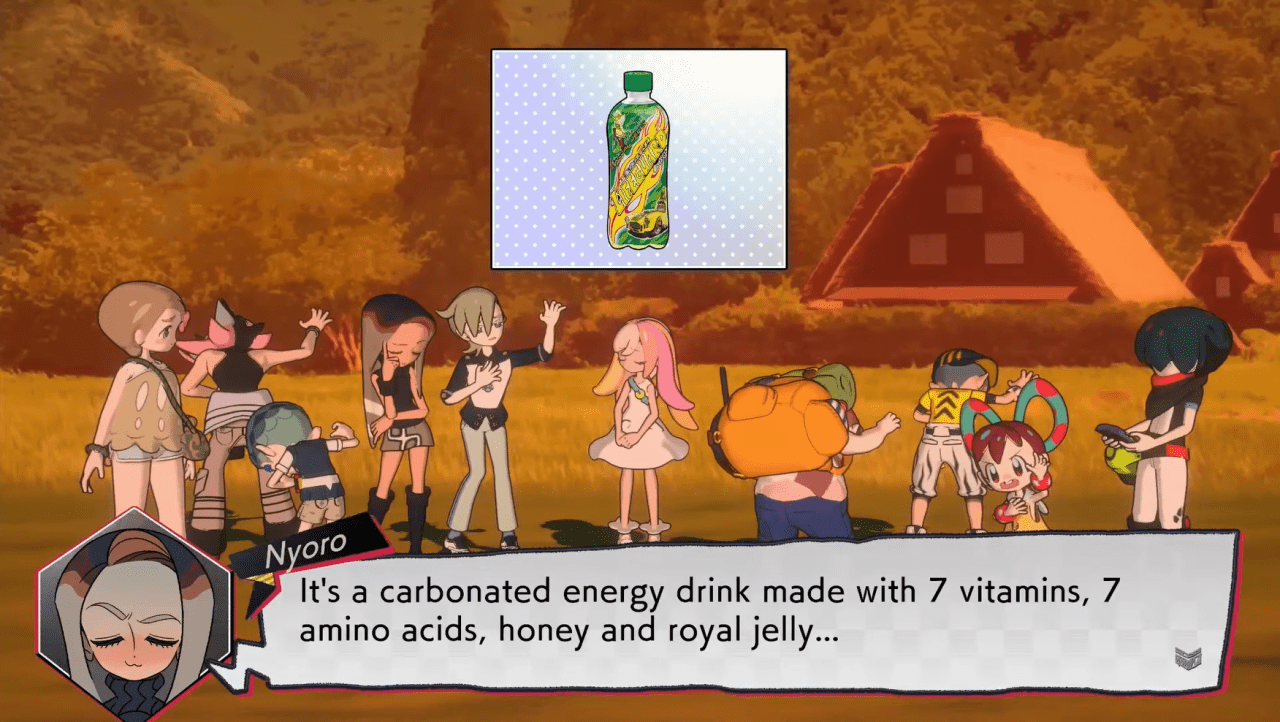 The other product advertisement in World’s End Club is Lifeguard. This unique fizzy drink’s purpose was a bit more obvious. Every time the characters were exhausted or feeling sick, one of the kids would whip out a bottle and recite “it’s a carbonated energy drink made with 7 vitamins, 7 amino acids, honey, and royal jelly…”.

Seeing these advertisements in-game was funny and perfectly timed, but it made me question why they were pushing spicy chips and an energy drink real hard in a video game, but I guess that would be the perfect audience to advertise junk food to. Nis America even sent out promotional care packages to influencers that contained a World’s End Club-themed Switch controller, Karamucho Chips, and a bottle of Lifeguard. 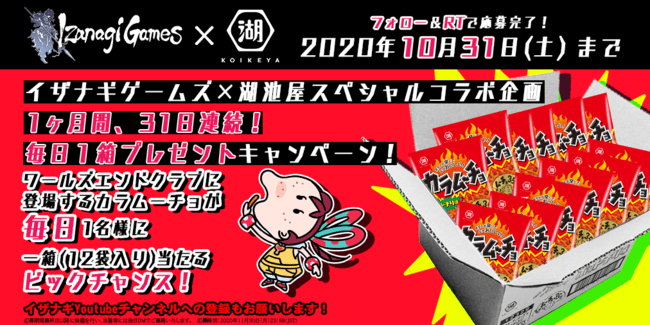 I’m not sure how much both companies did in sales and if they can track a direct correlation, but you can bet this won’t be the last time you see snacks advertised in games.

What do you think about product placements in video games? Do they belong there or should companies avoid advertising products in games?